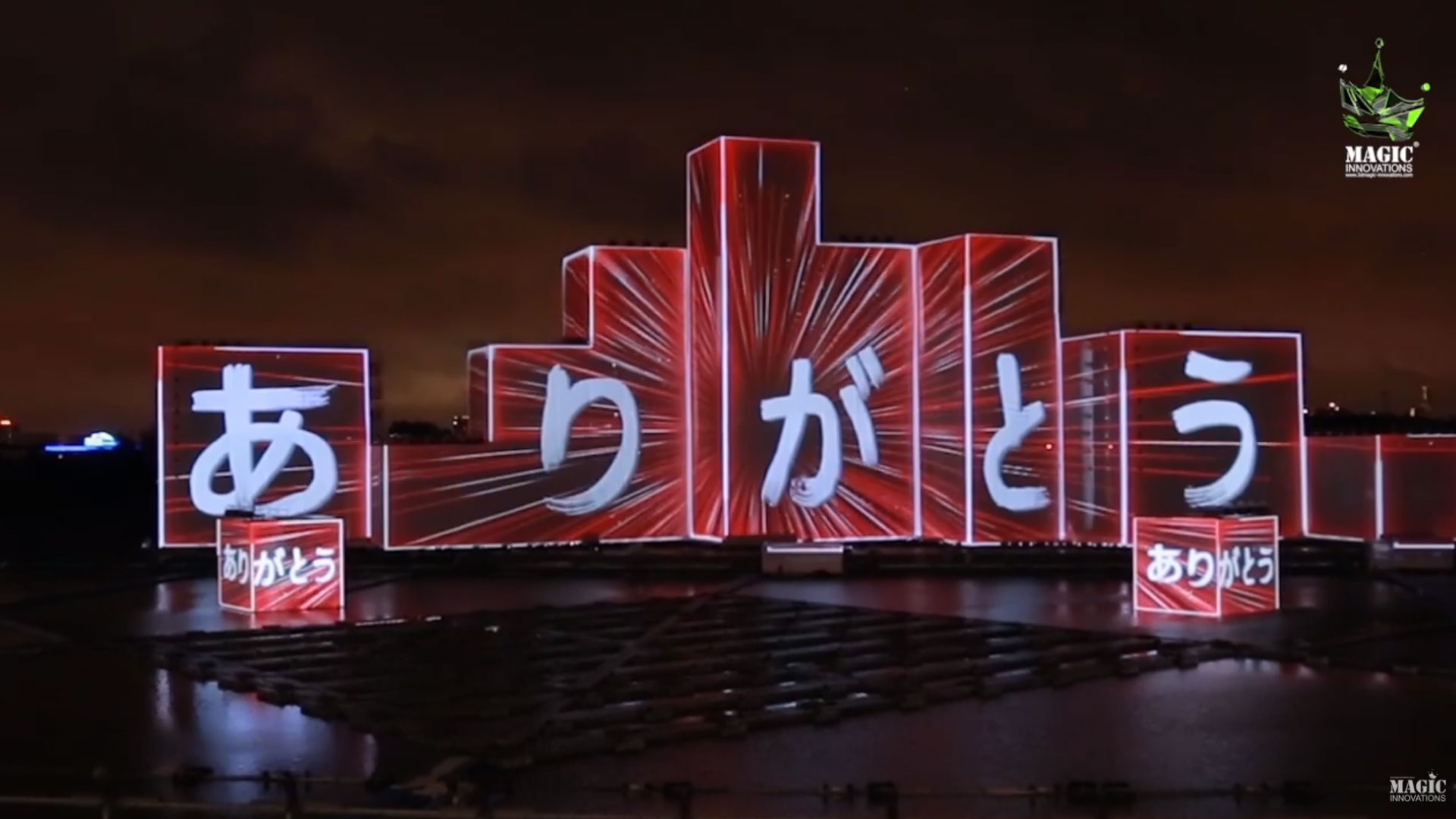 Magic Innovation Studio is an honorary participant of the festival. This annual
event is attended by audio and video experts from all over the world. The festival is a large-scale projection, fabulous installations and a fantastic multimedia show with various visual effects. All festival visitors as well as numerous online viewers get unforgettable impressions and experience pleasant emotions.

In 2018, Magic Innovations presented three out-of-competition 3D projections during the festival with a total duration of about 15 minutes, including eleven-minute projection show at the closing ceremony of the Circle of Light festival. Twelve-meter cube structure was built specially for the projections and reached the height of a fifteen- storey building at its highest point. The final large-scale show was a Japanese pyrotechnics show, world famous for its stunning beauty. Large-caliber charges were used at the end of the show. The diameter of the largest firework spray reached up to 600 meters. Communication group LBL acted as a festival coordinator.