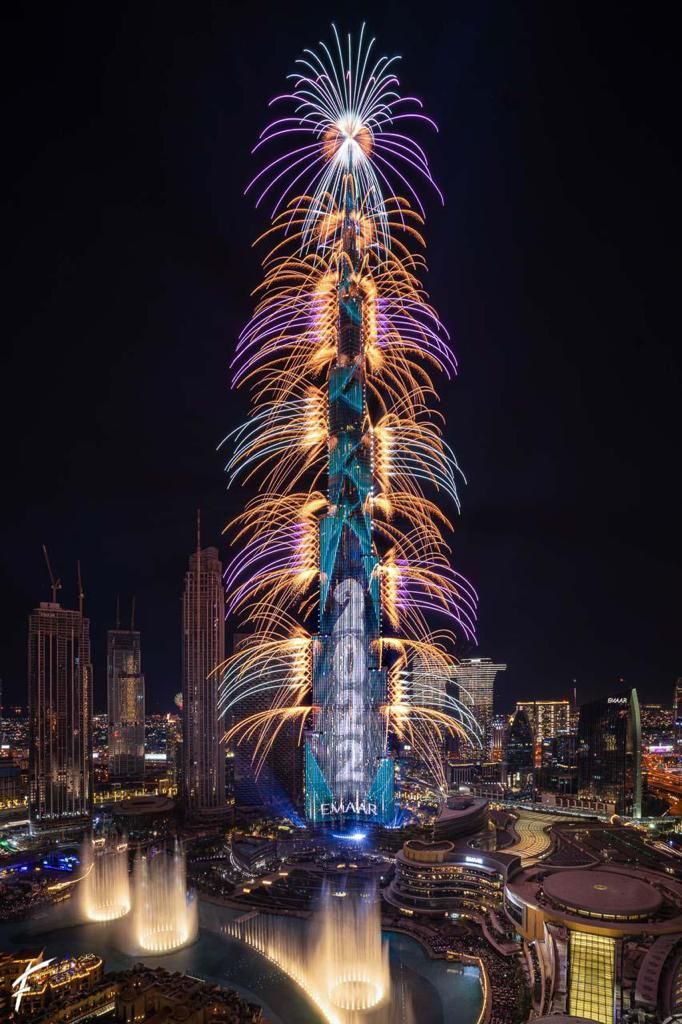 We are proud of this project. After all, for the first time in history, Ukrainians made content for the New Year’s show on the Burj Khalifa. And that was us, Magic Innovations.

It all started 6 years ago, when our team first saw the Burj Khalifa LED Show. Since then, we have been dreaming of creating content for the world’s tallest building and have set a goal for the whole world to learn about our work.

For several years in a row, we submitted an application for participation, but without success. During this time, we won the Berlin Festival of Lights. And it seemed that we were ready to conquer a new peak. The Magic Innovations team does not give up and continues to try with confidence that we will definitely succeed!

We made all the content for the third time at our own expense, and it was accepted, but for the EID holiday.

The project was very popular with the customer and the people, who started broadcasting it every day as the main show on Burj Khalifa.
It was a victory for us, but we wanted more.

One day, our content was seen by the management EMAAR, they were so impressed that they said: “We want this company to make us New Year’s content!”.

Our team developed the project for the largest LED screen in the world in less than 2 months. During this time, designers and concept artists have created more than 200 unique scenes for the most anticipated holiday of the year. Just imagine the scale: if we translate it to the usual values, we created 1 kilometer of video on the 828-meter media façade of the building.

On December 31, 2021, people from all over the world saw the incredible beauty of the show from Magic Innovations and fireworks grouped. The show was 8 minutes, viewers was able to enjoy a variety of animations: abstractions, mechanisms, countdown, New Year greetings in different languages, flags and more. Also, visitors can expect a festive salute throughout the show by groupef best world fireworks team from France! Huge thanks to all our team!