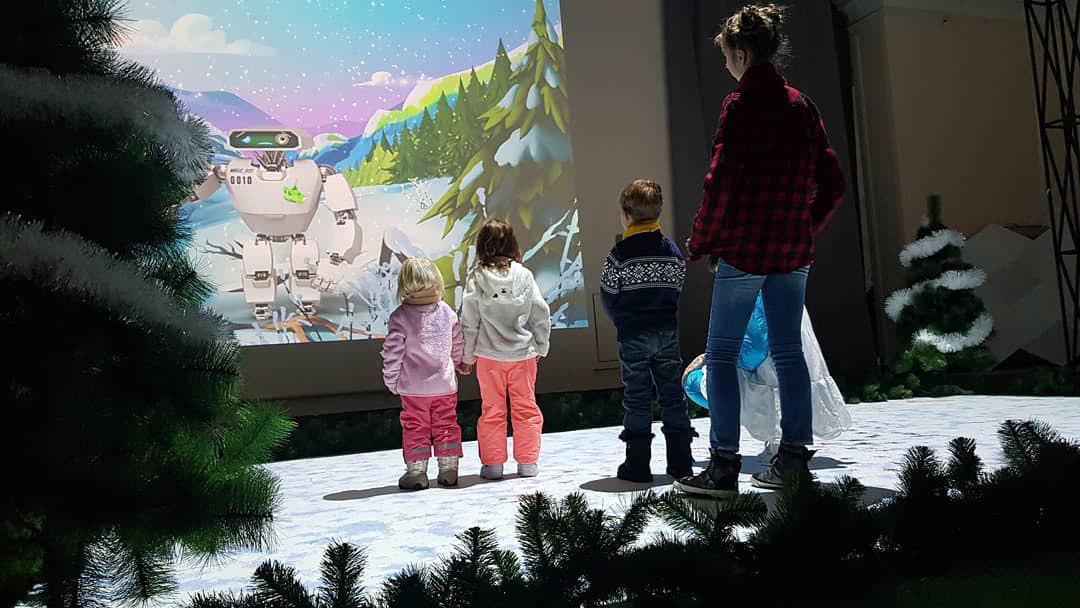 The House of Interactive Adventure has been opened today in Kiev. As a new
format of entertainment, it represents an interactive 3D fairy tale quest in which your real actions are intertwined with 3D projections, holograms and augmented reality. Not only does your child participate in the action but also has new technologies at their fingertips. The project was created and implemented by the Magic Innovations Company which holds large-scale 3D shows around the world.
By its 10th anniversary the Company has decided to organize a vivid interactive show-quest for kids so that they could learn more about innovative technologies used in the show industry. The project was developed by a team of 28 people. While creating forty-five minute 3D animation, we used 20 powerful projections, 200 square meters of projection and interactive surfaces, 15 servers, 2 holograms and, last but not least, the highest 3D projection cake in Ukraine.

What should you
do? Revive the fish and send it to swim into the Interactive Fish Bowl, shoot down virtual bats with real snowballs, sweep the interactive floor with real brooms. Everyone can lay a magic rail track like the one in the fairy tale about Harry Potter. You can also create a Christmas ball of your own, design and decorate a virtual Christmas tree with the help of an interactive slingshot. Virtual but very charming Magic Bot will help to pass the test.

Tickets are available at the pavilion box office or at Karabas.com.